Thousands of Senegalese fans pointed laser beams in the eyes of Egyptian players during the crucial match between Egypt and Senegal. During penalties, the lasers continued unabated, with the referee not doing anything about them, not even when goalkeeper El Shenawy was about to defend a Senegal free kick and had several lasers pointed at his face to try and disorient him. Sadio Mane scored the winning penalty for Senegal while Mohamed Salah missed it as lasers were flashing in his face 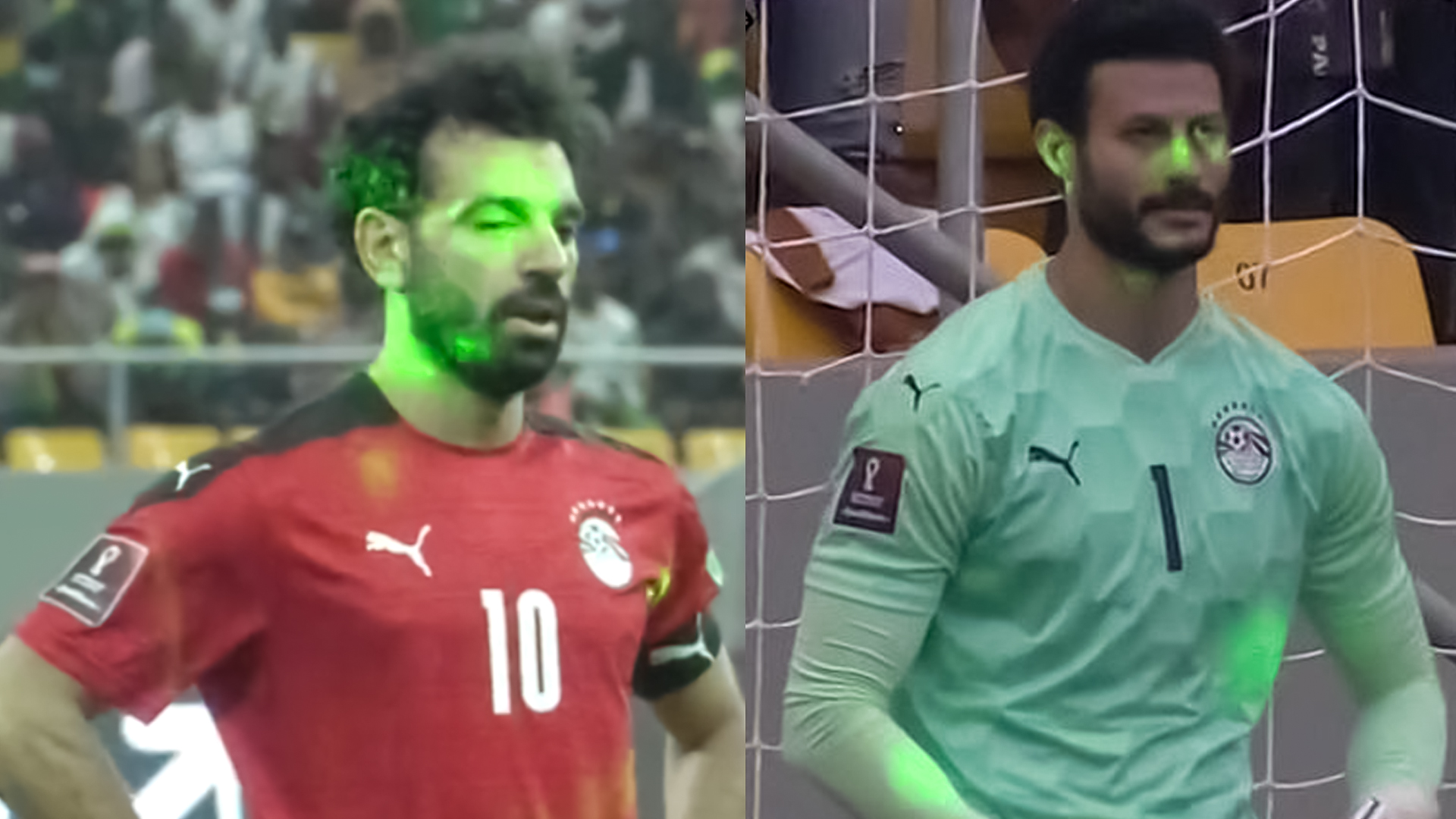 The result was a repeat of the Africa Cup of Nations final two months ago when Mane again scored the winning penalty. Senegal dominated most of the proceedings and Egypt were indebted to goalkeeper Mohamed El Shenawy, who produced a series of stunning saves to deny Pape Abdou Cisse and Ismaila Sarr in extra time. He was easily the most outstanding player of the match and even ended up saving a couple of penalties during the shootout.

A formal complaint has been lodged by the Egyptian Football Association with the match official, security official, CAF, and FIFA concerning the atmosphere surrounding the Senegal game. Egypt’s hopes of qualifying for the World Cup 2022 in Qatar were dashed after a penalty shootout loss to Senegal, in which Mohamed Salah, Ahmed Sayed Zizo, and Mostafa Mohamed all missed from the spot.

Before the game, Egypt’s team bus had been attacked by Senegal fans and delayed, leading to reports that the EFA requested to postpone the match by 30 minutes. In addition, bottles were thrown bottles at the Egyptian players during their warmup, and the EFA claimed the team was racially discriminated against due to some offensive banners in the Senegalese stands aimed at forward Mohamed Salah.